As a most unbelievable day ends I have a few thoughts...

Update to original. I had a few facts wrong. Working to sort out my notes and get some questions answered. Sorry about that. It's 30 G's not 35 G's and I need to get the rights temps instead of really really cold.

Today was filled with:

Cleans rooms where they prep satellites and spacecraft. Have you ever hear of the Hubble Space Telescope, Solar Dynamics Observatory, The Stereo mission, or the James Webs Space Telescope? They all spent time in the Goddard Spaceflight Center clean room.

We also saw a centrifuge that can test space flight hardware up to 30 G's. Wait until you see these pics!!!! It was HUGE. Goddard has to call the power company before they turn it on so they don't cause a brown out!

We walked into the actual acoustical chamber they use to subject satellites and other spacecraft to the sounds they will experience at launch time. Just a quick fact about the sound of a launch. Stand too close to a Space Shuttle launch and the sound (not the flames) will KILL you. Yes....sound!

Spacecraft are delicate precisely manufactured science platforms. But to get to the vacuum of space, they need to ride a rocket...it is neither quiet nor smooth. This is why the engineers and scientists at Goddard Spaceflight Center put these engineering marvels through the "shake and bake" process. More to come on this process in a future post.

We saw one of the MOC's (Mission Operations Center) where they fly Landsat 7 and Aura. All the control, commands, and communications are done in the ops centers.

We saw the NASA Center for Climate Simulation...this is a bunch of really smart above, average people with huge banks of computers doing weather modeling. Why spend money on that? Better models means better prediction, which means a better things for us and the planet. There are some pics you will have to see.

We got up close and personal with a Hubble mock up section. A) it was huge, B) it was only 1/3 of the whole telescope, & C) Astronauts have used it to train for the Hubble servicing missions.

We had with a great discussion with Michelle Thaller (I'm checking her last name) Director of Science at NASA Goddard. The pics from the Science on a Sphere classroom are mind blowing visuals. And information about our Sun and Solar System is almost unbelievable. In here I learned the Sun is an out of control explosion that is too big to explode. Stop here and think about that.

We wrapped up our day of inspiration and information which we will use to spread the word and pay it forward as new Ambassadors of NASA and space science. Our day ended at the Laser Ranging Facility where we learned about why we bounce lasers of satellites and why it's important to know exactly (I mean exactly, like within centimeters & millimeters) where the spacecraft is. They are also shooting beams at LRO which is orbiting the Moon as you read this using it's own laser pointed down at the Moon to precisely map the surface. Bottom line, it was a great facility and a really cool laser show!

Please bookmark this blog and return often. It will take weeks to share what I have learned. There are some great pictures and video too. But you have to share this knowledge, pass along this blog to others. Be a part of the inspiration of your kids, your friends kids, and even the big kids inside ourselves.

I also need you to take the time to visit the NASA websites, Facebook pages, and follow along...in fact JOIN the conversation, on Twitter. I'm serious about the Twitter thing, you may even converse with a real Astronaut, Planetary scientist, or one of the outreach folks from NASA (who work hard to provide activities, information, and connections all of us) to become better educated on the NASA missions. I can 100% say I have done each on of these and it was...well just do it you will understand then.


- Posted using BlogPress from my iPad

Posted by adcunningham at 11:48 PM

adcunningham
I'm an out of the closet space geek (I love NASA and Space Science)! I also enjoy NASCAR (for the technology and strategic aspects of racing) and country music (if it's not "twangy"). I am a member of both the National Space Society and the Planetary Society. I have attended 3 #NASATweetups,including the Launch of STS-132. My spelling is poor and my grammar is lacking, but I'm still proud of this blog.

About these links and banners

I'm a frequent and proud supporter of these websites and organizations. They are placed here as a resource to you and their appearance here does not imply endorsement of this site. 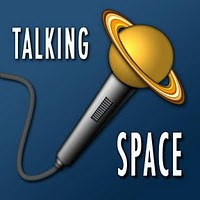 Here are some feeds you may enjoy: